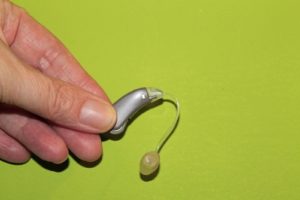 The 14 year old, who has had a hearing aid in his left ear since he was four, used some old toy bugs for his experiment. He converted these toys to be able to use the hearing aid batteries for power.

Ethan found that if he let the battery sit for five minutes (without the sticker or tab that comes on it) before using it, it lasted up to 85 percent longer than a battery that was inserted directly into the device without waiting.

This means that a typical hearing aid battery, which lasts from five to seven days, can last one to two days longer simply by pulling off the tab and letting the battery sit out for five minutes.

When this is added up, it’s estimated that Ethan’s discovery could save hearing aid wearers around $70 per year on battery costs.

View all posts by Dr. Scott Mills →
4 Strategies to Cope With Hearing Loss
How Hearing Loss and Chronic Disease Are Linked